Broken Hill is where Conroys started with the late PK Conroy, opening his butcher shop in 1902, and then purchasing another six shops, an ice works and a piggery.

From there, the late Bob (RL) Conroy, son of the late PK came to Adelaide and purchased a butcher shop at 154A Rundle Street and commenced trading on 1st May 1940. It took twelve months before the general public realised that top quality meat at competitive prices was available at Conroy’s in the heart of the city.

Then after two years of trading, 154A became too small so a larger premise next to Harris Scarfe’s was purchased. With the large workroom behind the shop the producing of smallgoods, ham and bacon commenced.

With the influx of European migrants after the war, the demand for continental meats increased so a site for a factory was needed.

By 1954 a factory was built at Richmond Road, Richmond, to supply the Rundle Street shop, other delicatessens and continental food stores in the suburbs.

In the late 1950’s and early 1960’s the third generation of Conroy’s joined the business, Patrick in 1958 and Andrew in 1961. Both gained knowledge from Cecil Chapman (from Chapman’s Smallgoods) on the production of ham, bacon and other smallgood favourites.

The Rundle Street shop closed in 1963 so we could concentrate on producing the finest smallgoods, hams and bacon. The current site, on the corner of Drayton and Seventh Street, was purchased and in 1976 our commercial production operation commenced.

The fourth generation of Conroy’s joined the business more recently; Sam in 2013 and Jane in 2015. With the support of a fantastic management team, experienced production team and passionate sales team, the Conroy’s legacy continues and the family is proud to supply the finest products to their loyal customers. 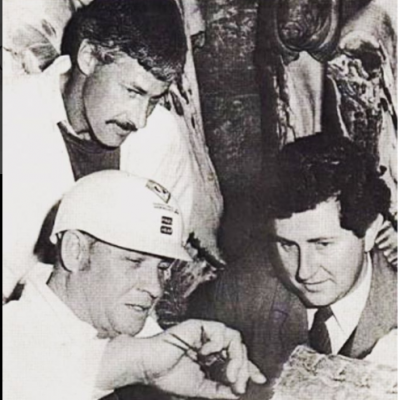